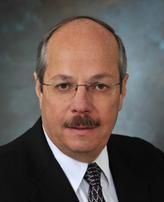 Kala Marathi, Co-Founder & Manager, is the Managing Director of the Cougar Venture Fund, a Lecturer in Venture Capital Investing at the University of Houston, and COO of Skypoint Capital, an investment firm that focuses on income producing assets.  She has more than 20 years of operating and financial experience.

In her role as Managing Director of the Houston Angel Network, Kala has facilitated over $30M in investments in 85 deals and co-founded the Texas Halo Fund.  Kala was a founding member of Reliant Energy Net Ventures, the corporate venture arm of Reliant Energy.  At Reliant, she led several smart grid pilots and technology initiatives, and launched a subsidiary called Texas Star Energy.  She also has extensive experience in strategy and corporate finance with such firms as Continental Airlines and Chase.

Kala has served on the Board of Directors of the Texas Lyceum and the National Association of Women MBAs (Houston Chapter), and served as co-chair of the HX Cybersecurity Technology Committee.  Kala has B.A. in Japanese and Economics from Wellesley College, and an MBA from the Amos Tuck School of Business at Dartmouth College. 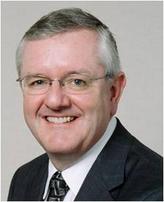 Michael S. Perry, DVM, PhD, Chairman, joined 7 Hills Pharma’s Board of Managers in July 2021. Dr. Perry brings extensive experience across the global pharmaceutical value chain for healthcare products spanning diverse therapeutic areas. In his career, he has been materially involved in the successful development and commercial launch of more than 30 prescription products, 14 of which achieved blockbuster status.  Dr. Perry is currently the Chief Executive Officer of Avita Medical (NASDAQ:RCEL and ASX:AVH) and has previously served in a variety of pharmaceutical executive roles, including as Chief Scientific Officer of Novartis’ Cell and Gene Therapy Unit from 2014-2017 and Vice President and Global Head of Stem Cell Therapy for Novartis Pharmaceuticals Corp. from 2012-2014.  He also served as President and Chief Medical Officer of Poniard Pharmaceuticals, Chief Development Officer at VIA Pharmaceuticals, Chairman and Chief Executive Officer of Extropy Pharmaceuticals, Global Head of Research and Development for Baxter’s BioScience Division, President and Chief Executive Officer of both SyStemix Inc. and Genetic Therapy Inc., and Vice President of Regulatory Affairs for Novartis Pharma.  Additionally, he served in executive roles at Syntex Corporation (now Roche) and at Schering-Plough (now Merck).  Dr. Perry holds a BSc in Physics, Doctor of Veterinary Medicine (DVM), and a PhD in Biomedical Pharmacology from the University of Guelph, Ontario, Canada. He is also a graduate of the International Management Program at Harvard Business School and serves as Adjunct Professor at the University of Colorado Anschutz Medical Campus, Gates Center for Regenerative Medicine.

Richard Dixon, PhD, Co-founder & Manager, is an experienced pharmaceutical executive who has founded and invested in new ventures and also has led numerous commercial programs, which have resulted in four approved commercial products including Argatroban, Crixivan and Singulair. He co-founded and served as CSO of Encysive Pharmaceuticals (ENCY) and sold the business to Pfizer for ~$400 million. Prior to that, he held various management positions, including head of the molecular biology department at Merck and Co (MSD).  Dr. Dixon's research groups have produced more than 10 new chemical entities which have entered human testing. He has a Ph.D. in Virology from Baylor College of Medicine and conducted postdoctoral research at Johns Hopkins University School of Medicine in the laboratory of Dr. Daniel Nathans, the 1978 Nobel Laureate in Medicine. 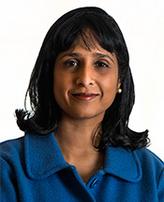 Upendra Marathi, PhD, MBA, President & CEO, is the founder, investor, and an inventor of 7HP technology. He has led the development of three novel pain and cardiovascular drugs, including one which has recently been approved by the FDA. He co-developed one of the first genetically modified stem cells to improve bone marrow function in chemotherapeutic patients.  As a venture capitalist, he was involved in the founding and launch of several biotechnology companies.  He has helped raise over $50 million in equity financing.  Upendra was a post-doctoral fellow at St. Jude Children’s Research Hospital and M.D. Anderson Cancer Center, and earned a Ph.D. in Pharmacology from Loyola University Chicago.  Upendra has an M.B.A. from Rice University and has served as a faculty member. 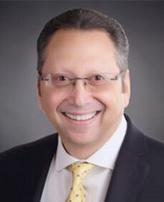 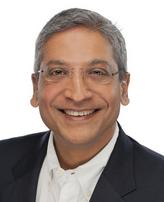